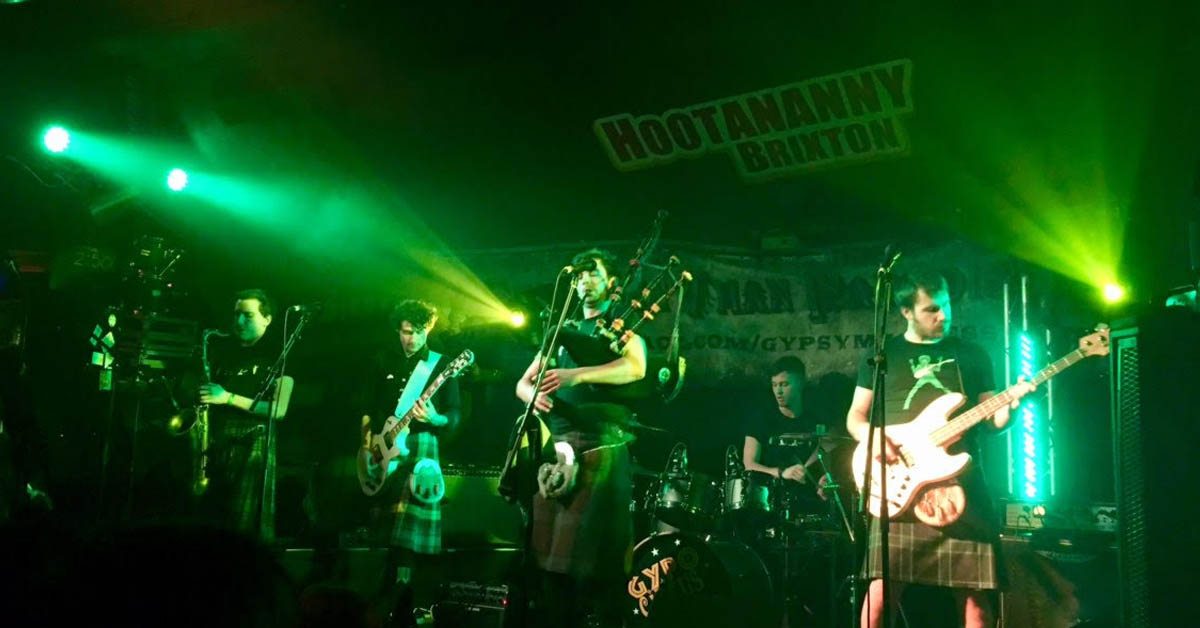 Posted at 12:09h in Uncategorized by Caitlin Murphy 0 Comments
0 Likes

I’ll tell you something. December didn’t go without incident. After our run of shows in November, we had one in London and Hogmanay to round up our year.

Hootananny Brixton was a fantastic space to play in last year so we were very excited to return there this year for Stranger Than Paradise once more on a much higher billing. Their Christmas party was always going to be a fun occasion and we were onstage at 11:30. Well the place was absolutely jumping. We even managed to throw in an impromptu version of Shakin’ Stevens’ Merry Christmas Everyone to keep with the festive mood. It was great to see and hear the new tunes going down a treat and our new Ed Sheeran medley in particular was given a rapturous response. It’s fast becoming one of my favourite pieces to play in the set. I said it last year but it’s amazing how well we’ve been received in Brixton. In my head, we shouldn’t go down well in Brixton but somehow it works. Getting home proved to be a much tougher challenge. With lots of snow in and around the airport our flights were cancelled and we were stranded in London for an extra day of Winter Wonderlanding and mulled wine.

And onwards to Hogmanay. That all started in jeopardy as I had recently developed a highly swollen infected elbow. My doctor told me that if the swelling travels up my arm that I was to seek urgent medical attention. So we arrived in Inverness and guess what happened? You guessed it, just that! So off I was taken to Raigmore Hospital as the rest of the band put a scrambled Plan B together without me. Waiting in that room, their setlist made me giggle somewhat. The doctor was not entirely convinced about letting me go but Dr McIver understood that the show must go on! I was allowed to leave at 22:40 and we were onstage at 23:30. I made it back to Hootananny Inverness with seconds to spare. The boys were starting to get heckled as Hoodja had long since played but it was like something out of the Wild West as I burst through the door and the place erupted. And that set the scene for the night ahead. The place was jumping all night. Stage invasions aplenty and rapturous chanting of ‘Here We Fucking Go’ and ‘Get Your Fucking Pipes Out’. Charming. What a crowd it was, and I genuinely think it was one of our best gigs to date. The story makes it all the more rock and roll of course.

So it’s now 2018. How did that happen?! I know it’s going to be a special year for us and we have some great announcements to come. We do have one very special show in January which we’ll be able to tell you all about very soon. We’d like to wish you all the very best for the year ahead and thank you for your continued support. Lang May Yer Lum Reek! X