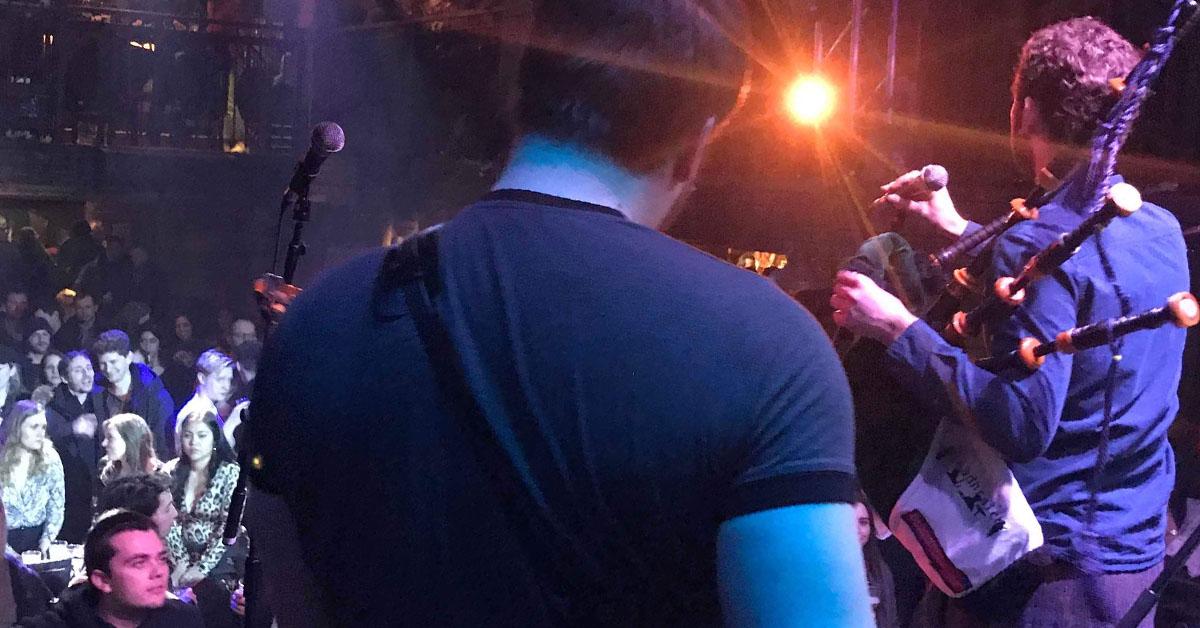 Posted at 11:56h in Uncategorized by Caitlin Murphy 0 Comments
0 Likes

Well, it’s fairly been a while since we’ve done one of these and you probably haven’t missed them either! But we have a newly designed website (thanks Caitlin and BlueCoo Creative) and I’m being told I have to resurrect the blog!

Well March saw us play a show at Stramash in Edinburgh which is undoubtedly one of our favourite places to play. It’s always mobbed and it’s always a complete party atmosphere and this one was no different! What made this one exciting for us is that we we’re debuting a few new pieces on the night, that we’ve been working hard on as we look to the future and the eventual 4th Gleadhraich EP!

We opened the show as ever with Face Palm and it was clear from the chanting right from the start that the crowd were also in the mood! By the time we hit the start of the second set with Livin’ On A Prayer (one of the aforementioned new tunes) we knew we were winning. Double Standards and Nowhere Man both went down equally as well and we are now excited for the recording process over the next few months building towards its release.

We are also pleased to have confirmed shows in Falkirk and Perth in June which are going to give us a great opportunity to hone our new show as we look towards this summer’s festival season which is looking hotter than ever!

Cheers for having a look at the new site, and we’ll see you in June….